Publishing data to the DKG

How is data shared in the Decentralized Knowledge Graph

In contrast to that, OriginTrail is a permissionless system, so anybody can add data to the Decentralized Knowledge Graph by publishing it on the network. This means that queries performed on the DKG will be executed on records from all participants, with several characteristics:

Dapps can use just the public DKG, just private KG (they can access), or can use both synergistically. More information is available in the querying section.

This section assumes you have set up your development environment.

The DKG client library is a wrapper around the node API, abstracting the details and making it easier to use the DKG. There are two ways to publish data to the DKG via the DKGclient - the simplest way is using simplePrepare, and the more robust way is following the import-publish scheme.

The above code will prepare a simple dataset comprised of a single object with an associated identifier, identifier type and some properties, and the publish method will import & publish it via the DKG node. Make sure to initialize the connection to the dkg using the init function first. To publish multiple objects, follow the next step.

Below is an example of a linked data OT-JSON serialization, with two objects and their defined relation in a @graph array. (OT-JSON is an internal serialization format and is intended for protocol level communication, while specific standard data models such as RDF, GS1 EPCIS, JSON-LD are translated to it via transpilers).

Publish the above dataset in two steps, by putting it in a file.json. First we use the import API

As a response you will get a handler_id. This will be used to inquire about operation execution on the OT node.

The import route ingests different standard_ids, being a GRAPH in this example. Currently the following data models are supported:

The import operation can last for some time, so to check for its operational status, query the import result API

The status field will be in COMPLETED state when the import is done, otherwise it will be PENDING. Once import is complete, you can observe the dataset id, graph root hash, original input dataset hash, import time and size.

At this moment, the dataset has been ingested and processed by your node, which in this case is considered a DC node. To publish it on the network, use the replicate route using the dataset id obtained from the import result call.

Note: publishing datasets on the network requires TRAC tokens, available on the desired blockchain. Please refer to supported blockchains and their associated identifiers (such as xdai:mainnet) in the Developer reference.

In the same pattern, as this operation can last for some time on the network, we can query the current status by calling the replicate route with the corresponding handler_id returned by the replicate API response:

Note that importing and replication can be done separately and at different times.

What kinds of datasets can be published?

The node application layer envisions support for multiple data conversion services (transpilers), which enable anyone to create a converter and share it in an interoperable way with the rest of the network. New data models are expected to be added over time to help share multi-modal data through a shared, verifiable graph interface. More information on how to create converters will be available in a specific section.

How do my published datasets get stored on the ODN?

Publishing a dataset creates a network data holding offer on the ODN and the node will start a negotiation process with other nodes using the protocol’s incentivized replication procedure. If the replication fails to be completed for any reason, the data field in the replication result call will contain an appropriate error message, and the status field will have the value “FAILED”. Once when replication process is complete the ODN offer details are written on the blockchain.

How about permissioned data?

The ODN is designed to support private (non-replicated) graph data, connected with the public DKG. In this way, the DKG enables data that cannot be shared publicly to be part of the same global graph and accessible at the discretion of the data owner. At this point in time, it is possible to add permissioned data as a property object in the OT-JSON graph objects, by including a permissioned_data property as indicated below. Permissioned data trading and monetization features are currently in development, with support for blockchain purchase verification by implementing the FairSwap blockchain protocol.

The upcoming v6 update will extend the permissioning options to whole subgraphs and RDF triples.

Connectors are a special type of vertex in the graph that enable traversing data from different data creators within a single trail request.

When creating a connector it is required to specify a connection identifier and the ERC-725 identity address of the data creator for whom the connection is intended.

For specific information on how to create connectors depending on the data standard, see Data Structure Guidelines​ 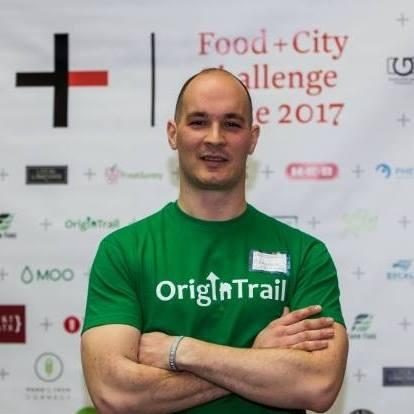 Last updated 2 months ago
Contents
How is data shared in the Decentralized Knowledge Graph
Publishing data using the DKG client library
What kinds of datasets can be published?
How do my published datasets get stored on the ODN?
How about permissioned data?
What are connectors?